DUE TO HIGH VOLUME, SUMMER QUARTER 2022 ORDERS MAY HAVE A LONGER DELAY. PLEASE ALLOW EXTRA DAYS WHEN ORDERING.

The Incorporated Trustees of the Gospel Worker Society is an organization that publishes nondenominational, fundamental Christian literature. The first seed of this endeavor was planted in 1895 under the direction of the Reverend William Brunner Musselman, a Mennonite preacher from Pennsylvania, who then was presiding elder of his Conference.

On January 5, 1895, in Annandale, New Jersey, the Reverend Mr. Musselman and seven women from his church began a home missionary ministry that is now known as the Gospel Worker Society. The purpose of this ministry was twofold: to reach people who were not reached by the churches in their communities and to encourage people to receive the Lord Jesus Christ as their personal Saviour from sin.

The purpose of this ministry was accomplished through missionary meetings, daily colportage work (distributing religious tracts and literature), tent meetings, and saloon work. Missions were set up in gospel-neglected towns, and their number increased as the ministry grew. 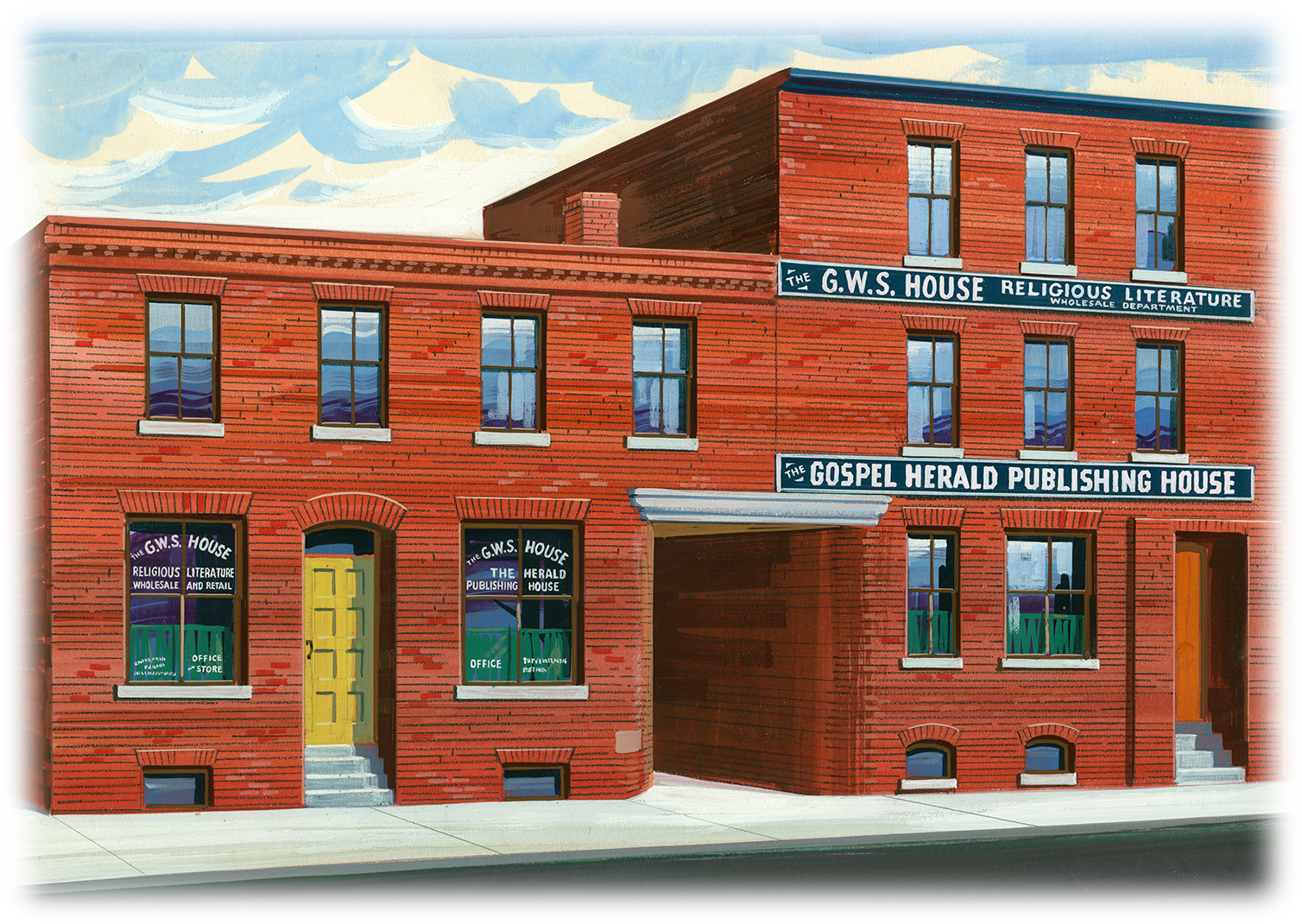 In 1898, assured that the Lord wanted him to devote all his time to the missionary work, the Reverend Mr. Musselman prevailed on his church to release him from his position as presiding elder. They allowed him to do this, and in 1898 the Gospel Worker Society became a nondenominational organization under the Reverend Mr. Musselman's leadership. In its early years, the Gospel Worker Society distributed denominational literature, but it had no literature of its own. Steps to correct that were made in 1902, when the first issue of the G.W.S. Herald was printed. This was the nondenominational magazine of the Gospel Worker Society, and it was intended to be a model paper for mission work. Its purpose was to bring sound Christian literature into the home.

The first editions of the G.W.S. Herald were printed by an outside company, but in a short time the Gospel Worker Society purchased its own press and took over the printing of the G.W.S. Herald. The first issues were printed in a remodeled livery stable in Williamsport, Pennsylvania, where the Gospel Worker Society then had its headquarters. This newly established printing place was called the Herald Publishing House.

The Herald Publishing House grew quickly. In addition to printing the G.W.S. Herald, the organization began to publish Sunday school literature, which was called the "Christian Life Series."

In 1907 the Herald Publishing House and the Gospel Worker Society moved from Pennsylvania to new headquarters in Cleveland, Ohio. The organization needed to be more centrally located and also needed much more room. For a few years, the fifteen-building complex on the corner of West Seventh Street and Jefferson Avenue was sufficient. In 1922, after much expansion and several name changes, what had begun as the Herald Publishing House came to be known as Union Gospel Press.

The Reverend Mr. Musselman conducted chapel services for the missionaries of the Gospel Worker Society. His words of encouragement, explanation of the Scriptures, and practical illustrations were helpful to the Gospel Workers. They were zealous in their faithfulness to the mission and to the publishing ministry. He often reminded them to remain loyal to the Lord and to His work. The Reverend Mr. Musselman often stated that it was not popular to be isolated from the practices of the world system. He said that Jesus spoke of laying down His life and being forsaken by all, and He encouraged His disciples to be sacrificial, to deny themselves, and to follow Him.

As the number of publications increased, Union Gospel Press was remodeled and enlarged. Eventually it was decided that an up-to-date, one-story plant would expedite production. This plan was put into action, and in 1950 Union Gospel Press and the Gospel Worker Society moved to the corner of Brookpark Road and Broadview Road.

In 1971, after the homegoing of Miss Mary E. Musselman, Miss Julia P. Stabley was elected president of the corporation and remained in office until she retired in 1990. The Incorporated Trustees of the Gospel Worker Society and Union Gospel Press then came under the leadership of Mrs. Beryl C. Bidlen, who was elected president in 1990. After twenty years at the helm, Mrs. Bidlen retired in August of 2010. At that time Miss Grace M. Todd, who had been a Gospel Worker for fifty-seven years, was elected president. Miss Todd retired in August of 2015. Mr. David E. Rowland is currently the president. In 2020, the management of Union Gospel Press decided to begin looking for another location after all the Gospel Worker ladies had passed away. Their hard work and amazing legacy will always be honored. In March 2021, Union Gospel Press moved to a beautiful building located on Commerce Parkway in Middleburg Heights, Ohio. The work begun by the Reverend Mr. Musselman continues to grow under the ownership and steadfast direction of The Incorporated Trustees of the Gospel Worker Society.